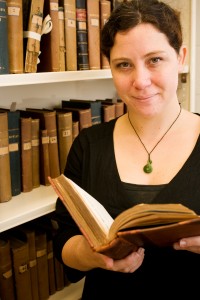 The Stout Pamphlet Collection consists of 1828 pieces in 93 v. and includes pamphlets (with some duplicates) published between 1840 and 1919. The volumes are numbered 1 to 88, with nos. 3, 24 and 80 duplicated and additional volumes titled  ‘Rare’ and ‘Personal’. The printed catalogue published by the Library in 1987 includes 286 separately processed extra items.

“I am  interested by the hundreds of nineteenth-century political pamphlets represented in the Stout Pamphlet Collection, and particularly by the examples concerning Robert Ingersoll, America’s most famous atheist, and the campaign for the separation of Church and State in nineteenth-century New Zealand.”
Hazel Armstrong and Marie Russell, 2010 Working Women’s Seminar researchers
Dan Long Union Library posters 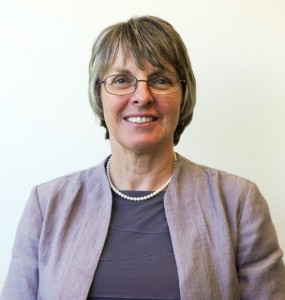 The Dan Long Union Library was originally housed in the PSA Library and was named for Dan Long, who was General Secretary of the New Zealand Public Service Association 1960-1976. The Library was donated to Victoria University of Wellington Library by the PSA in 1999 and two sections have been separated to Special Materials:
1) the Equal Pay Campaign Archive c1943-1985, and
2) c350 posters which were produced by various union and other groups, 1970s-1990s. 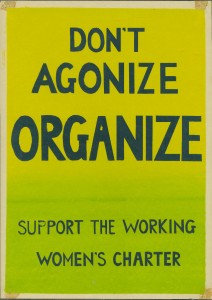 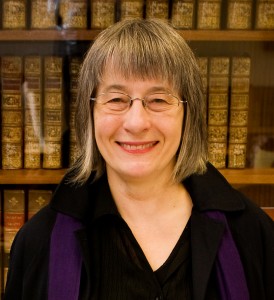 “Using posters to educate, inform and organise workers has been an effective practice for many decades. When we were preparing for the Working Women’s Seminar in Wellington on May Day (1 May 2010) we looked through the fine collection of posters originally housed in the Dan Long Union Library. As well as displaying trade union posters on the walls at the seminar, Hazel used some of these in her presentation to illustrate the issues and concerns of the Working Women’s Charter, which was adopted by the Federation of Labour 30 years ago.”
Hazel Armstrong is a lawyer specialising in workplace, health and safety law. Marie Russell is a PhD student in Public Health at the University of Otago, Wellington. Both were part of the organising group for the Working Women’s Seminar. 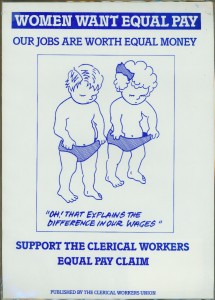