The Voyages of Giacomo Cook – a wonderful gift

At an afternoon tea event on Tuesday, we were delighted to acknowledge the donation of an almost complete set of Raccolta de’ viaggi intorno al globo del Capitano Giacomo Cook…, published in 1787 by Tommaso Masi.

With our Beaglehole links to Cook scholarship, we were very excited when Cavaliere Signor Giovanni Mersi phoned to offer us this gift.  Our excitement was shared by Dr Sydney Shep (Director of the Wai-te-Ata Press) and Dr Marco Sonzogni (Director of the New Zealand Centre for Literary Translation) among others, for whom this set of volumes offers a rich and wonderful research resource.  Being held by very few libraries worldwide, only one of which has all thirteen volumes (we have 11, for reasons which will become clear), it would be a marvellous acquisition in and of itself, but the story behind its own voyage adds another layer of wonder.

As a young boy in Pola, northern Italy, in 1943, Giovanni Mersi’s home was destroyed by Allied bombers.  His family were re-housed with others in a local school, which was then also bombed.  Desperate to find anything useful, young Giovanni searched through the rubble and found 11 volumes of this 13 volume set.  These he packed into a suitcase and carried with him, ignoring his father’s irritated sugggestions that he get rid of them.

When he came to New Zealand in 1951 he left them with his mother, and when he was settled here, I understand she posted some to him one at a time, keeping the rest in her laundry until he was able to collect them himself.  They have been with him since then, taking pride of place in a special cabinet in his home, until now.

Cavaliere Signor Mersi has strong links with Victoria University, having taught here himself and had several children (and now grandchildren) study and graduate from here.  He has given us a truly special gift –  not just a magnificaent example of book history, but something which has held considerable significance for him and a much cherished treasure.  It is an honour to have been trusted with these books and they will certainly be a valued part of our collection. 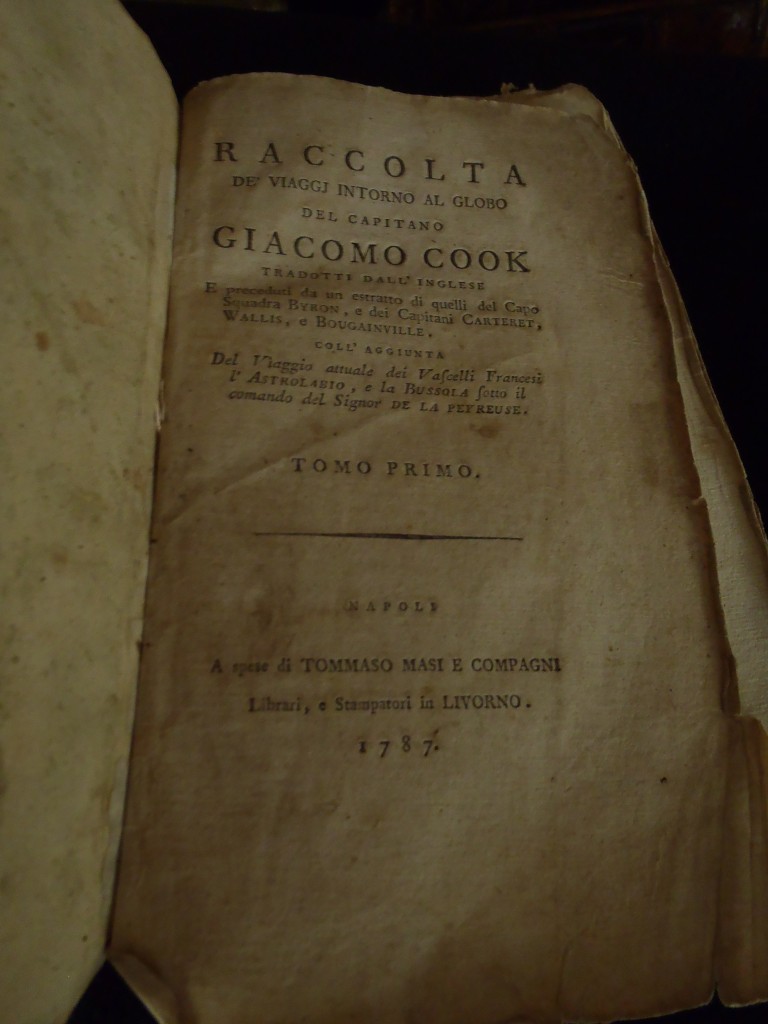 This entry was posted in General, New Accessions. Bookmark the permalink.