For this seminar we have a French connection. 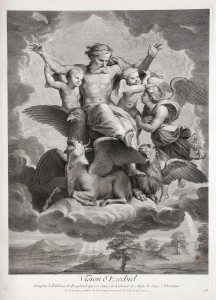 This title, known as the Recueil Crozat, is one of the first illustrated art books published in France in the early 18th century. The book comprises over one hundred and fifty large-format handmade engravings, etchings and woodblock prints that reproduce the most esteemed Italian paintings and drawings then in the French royal collection, the collection of the Duke of Orléans and other private collections in France. In its format and quality of production, it set the standard for publications of deluxe illustrated books for the next century. It is the only copy of this book in a public collection in either Australia or New Zealand.

Castaway on the Auckland Isles : a narrative of the wreck of the Grafton and of the escape of the crew after twenty months suffering…by Captain Thomas Musgrave. London: Lockwood, 1866

” Les Naufragés des Iles Auckland“, the authentic story of survival after shipwreck known in English as Wrecked on a reef , is going to be republished in its original French version In Paris next year. It will  contain further  information than in the last edition in English which  I presented to “3 books 3 scholars” in 2003… for good measure I’ve added commentaries on Castaway on the Auckland Isles (1865) by captain Thomas Musgrave –  a number of photos drawn from NZ and Australian libraries and a fuller section on “the influence of Raynal’s story on Jules Verne”. 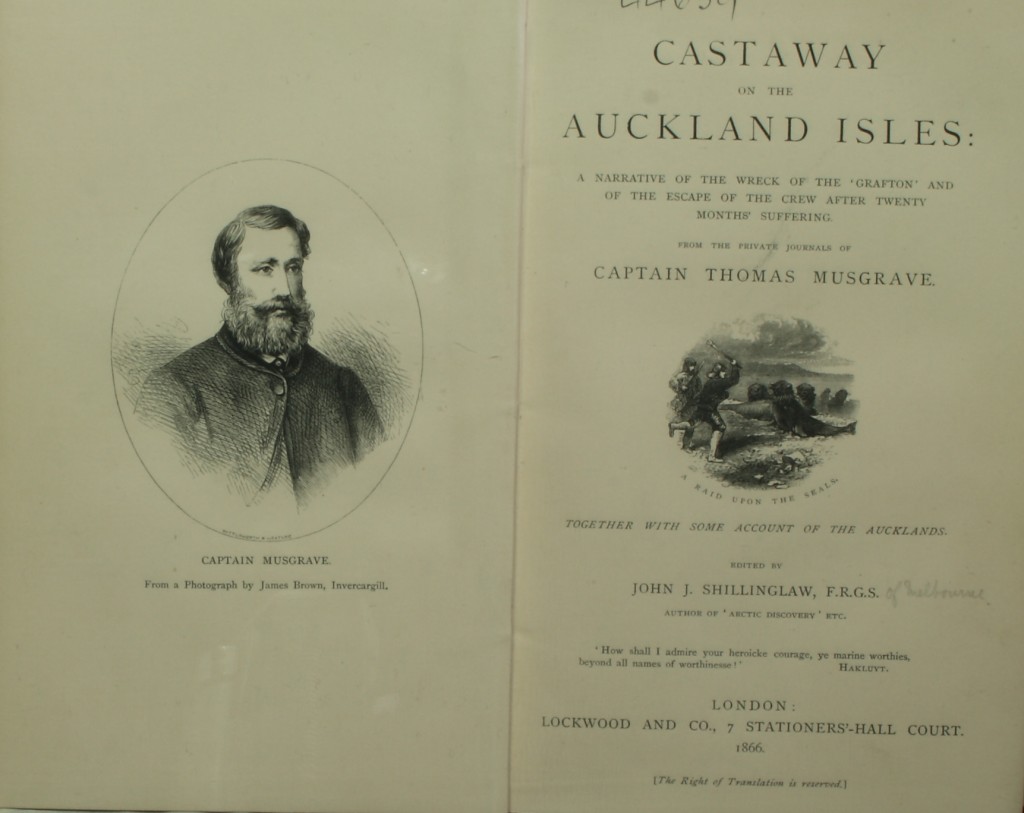